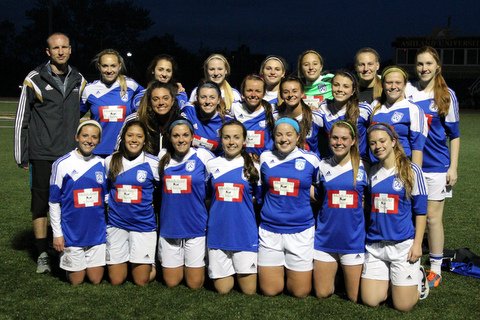 The AFC ’97 Girls Blue team won the MRL Premier 1 Division and qualified themselves into the USYSA National League for the 2015/16 season along with automatic berth into the USYSA Regional competition for the 2014/15 season as well.

The girls compiled an 8-1 record with 33 goals scored and only 2 goals conceded – the largest goal difference in the league. Congratulations to all of the girls involved!